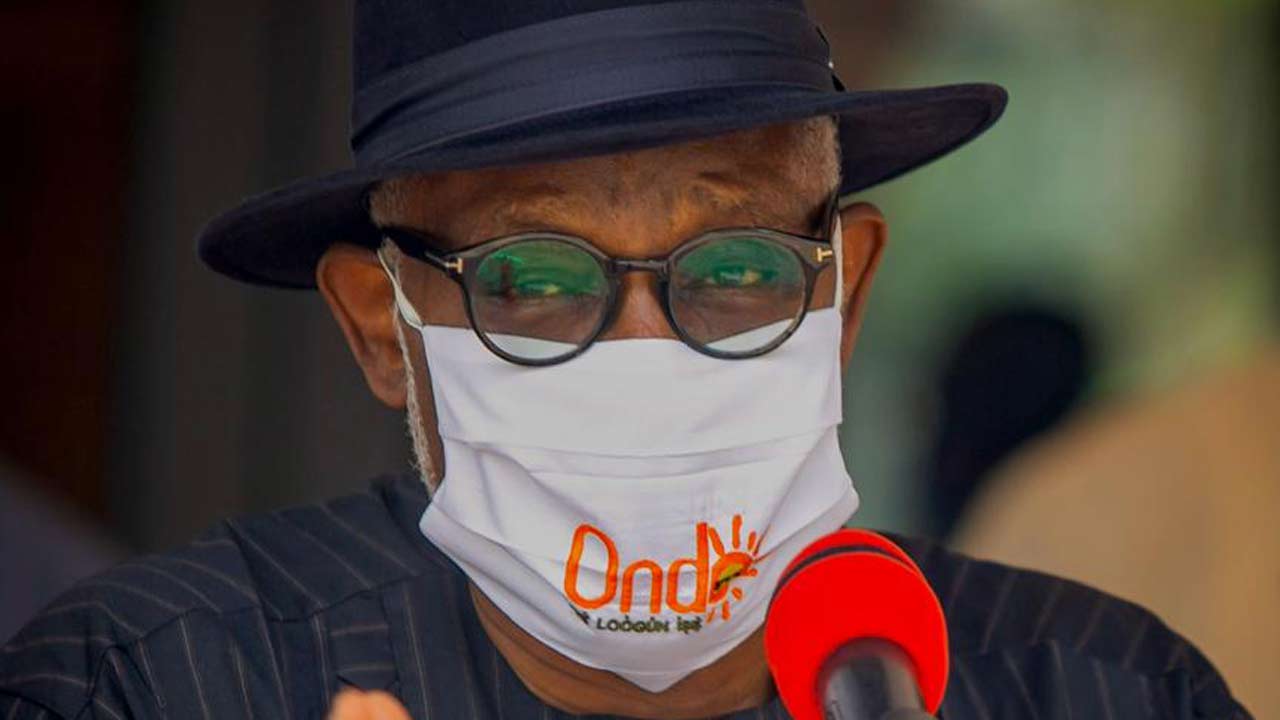 Gov. Oluwarotimi Akeredolu of Ondo State has urged Nigerians to imbibe the culture of forming cooperative societies to boost the country’s economy.

Akeredolu made the appeal during the presentation of N10 million cheques to Ondo State Agricultural Commodities Association (OSACA) and Ondo State Cooperative Federation (ODSCOFED) by the State Ministry of Agriculture on Tuesday in Akure.

The governor, who was represented his Senior Special Assistant on Agriculture and Agribusiness, Pastor Akin Olotu, said Asian countries laid the foundation of their success story on Cooperative societies.

”We can borrow a leaf from the small economies of Asia, which has become global powers by starting small, through such bodies.

“Working together enhances growth and opens doors opportunities. Its the best way individuals can jointly push for their rights.

“Nigerians, particularly the South West should form such bodies to help themselves and become formidable organisations as they pull their resources together,” he said.

Akeredolu called on ODSCOFED to continue with everything they were doing right and improve on such, while they should learn to fine-tune where they were found wanting.

He said that OSACA on its part ought to strengthen itself to an extent that government would not be able to ignore them in the scheme of things.

Earlier, the Permanent Secretary, Ministry of Agriculture, Mr Sunday Akintomide, appealed to the associations to use the funds to procure farm inputs to be distributed to their members.

“This largesse is coming at the right time. We urgently need to improve our food production and thereby food security.

“I am convince beyond every doubt that agriculture has all it takes to create wealth, generate employment, alleviate poverty and achieve food sufficiency,” Akintomide said.

Also, Mr Gbenga Obaweya, President of OSAKA thanked the state government for the gesture. In his contribution, Mr Mike Olowoyeye, President of ODSCOFED promised to make judicious use of the gifts to benefit his members.

Princess of the wheels …

Appeal Court to begin special sitting on 270 cases in Jos

Buhari’s stance on restructuring, ‘an invitation to uprisings’ – Urhobo union