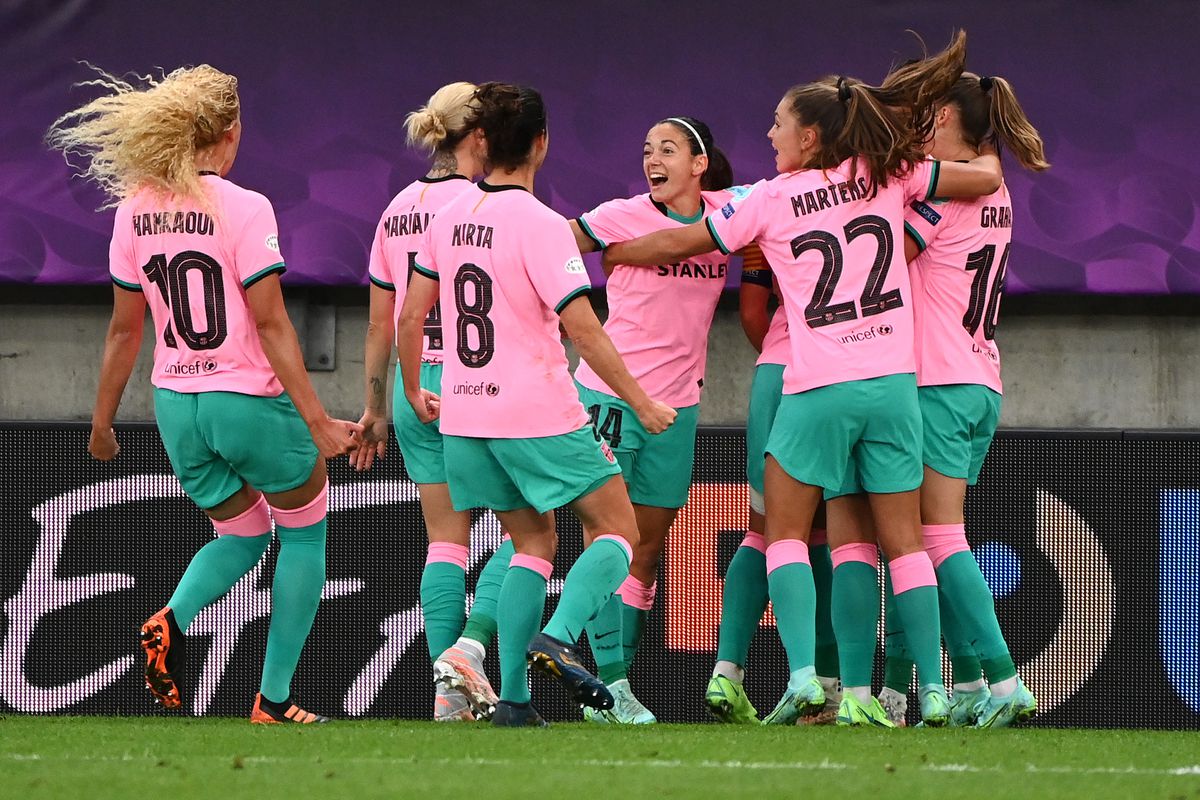 Barcelona became the first Spanish side to win the women’s Champions League with a stunning performance to thrash Chelsea 4-0 in Gothenburg on Sunday.

The La Liga champions scored all four goals inside 36 minutes as a Melanie Leupolz own goal, Alexia Putellas’s penalty and simple finishes from Aitana Bonmati and Caroline Graham Hansen killed the game as a contest.

Barca have romped to the Spanish title with a 100 percent record after 26 games in La Liga, boasting a 123 goal difference.

Chelsea had been on course for a quadruple, but even the big-spending English champions were no match for the Catalans’ speed of thought and movement.

The Blues were rocked after just 33 seconds when after Lieke Martens’s shot came back off the crossbar, Fran Kirby’s attempted clearance looped into her own net off the unlucky Leupolz.

Chelsea had the chance to hit back immediately as Pernille Harder, who cost a world record transfer fee when she arrived in London from Wolfsburg in September, fired over from close range.

Jenni Hermoso pulled another big chance wide for Barca before Harder was denied again by a last-ditch tackle in an end-to-end start.

But Chelsea were shell-shocked once Hermoso went down under Leupolz’s challenge and Putellas confidently slotted home the spot-kick.

A brilliant team move made it 3-0 as Martens fed Hermoso, who drilled a pass into the path of Bonmati and she beat Ann-Katrin Berger from close range.

Martens was toying with Chelsea right-back Niamh Charles and the Dutch international laid the fourth on a plate for Hansen to tap into an empty net.

Two years ago it was Barca who found themselves 4-0 down after just 30 minutes against a dominant Lyon side.

The French giants had won this competition for the past five seasons, but their reign was ended by Paris Saint-Germain in the quarter-finals, who were then eliminated by Barcelona in the last four.

Chelsea will be hoping to show similar resilience to come back and win the competition for the first time as they missed out on becoming the first English side to become European champions since Arsenal in 2007.

Sam Kerr missed a number of chances to pull a goal back for Emma Hayes’s women in the second-half.

But Barca could afford the luxury of withdrawing Hansen and Hermoso as they cruised towards the title and set a new record winning margin in a women’s Champions League final.

The Minister’s Code, by Azu Ishiekwene –

That Chimamanda Treatise is nobody mate. Maka chukwu finish work for that Woman…