Brazilian football great Pele has undergone surgery for a suspected colon tumor and is recovering, the hospital in Sao Paolo treating him announced on Monday.

“The tumor was identified during routine cardiovascular and laboratory examinations and the material was sent for pathological analysis,” said the Albert Einstein Hospital where 80-year-old Pele has been treated since August 31.

The three-time World Cup winner posted a message on social media six days ago, saying he was “in good health” and denying rumors that he had passed out. 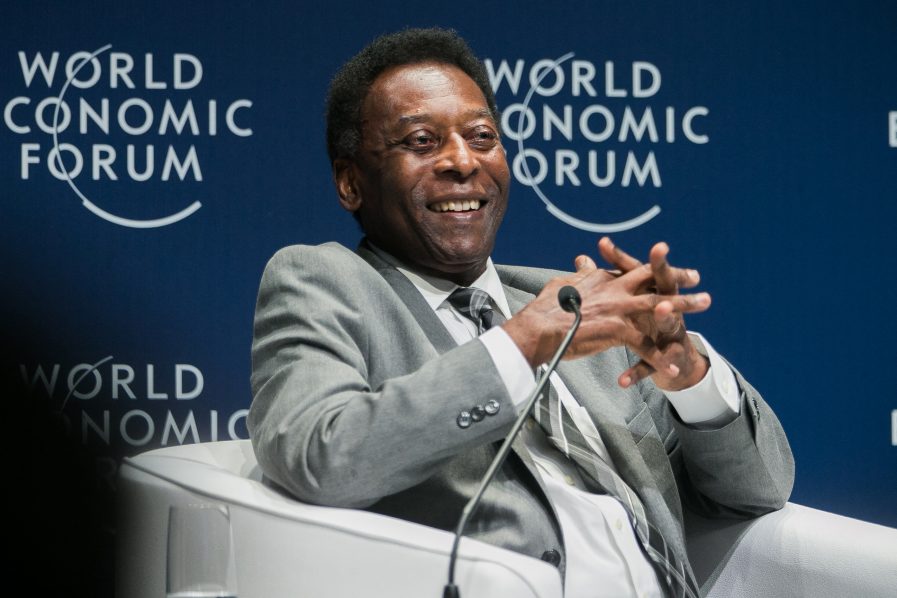 (FILES) In this handout file photo released by WEF and taken on March 14, 2018, Brazilian football legend Pele smiles during the opening plenary at the World Economic Forum on Latin America 2018 in Sao Paulo, Brazil, on March 14, 2018. – Football legend Edson Arantes do Nascimento, known as Pele, has been hospitalized for six days in Sao Paulo after some health problems were discovered during routine examinations, local media reported on Monday, September 6. (Photo by Benedikt VON LOEBELL / World Economic Forum (WEF) / AFP)

“I went to the hospital for routine examinations that I had not been able to perform before because of the pandemic,” he explained in his August 31 post, without mentioning that he had remained in hospital.

Pele, whose real name is Edson Arantes do Nascimento, has been in poor health in recent years and has had various spells in hospital, most recently in April 2019, in Paris, because of a severe urinary tract infection.

Back in Brazil, he had a kidney stone removed.

At the end of 2014, he suffered from a serious urinary tract infection and was placed in intensive care and on dialysis.

He also has hip problems and needed a walker to move around during his latest public appearances.

In February 2020, Pele reassured his fans about his mental health, after remarks by his son Edinho saying that he was “reclusive” and suffering “from a certain form of depression”.

Oba of Benin does not visit any one at home, neither does the Monarch pay condol…

Oba Of Benin Suspends Chief Over Land-Grabbing, Other Offences …