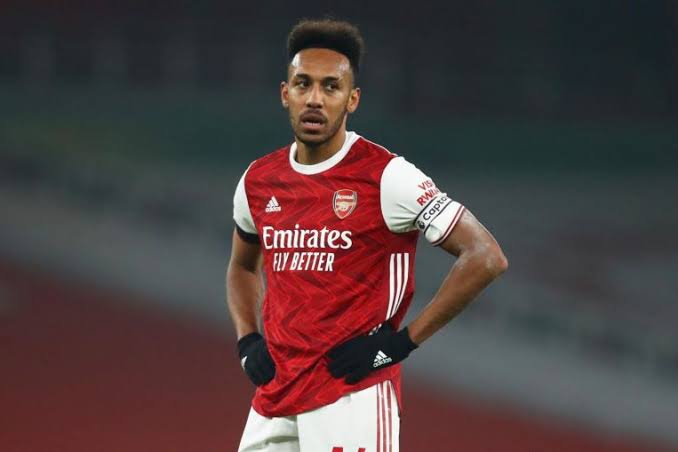 Pierre-Emerick Aubameyang has been fined $10,000 for social media posts that tarnished the “honour and image” of the Confederation of African Football after his Gabon team spent the night on an airport floor ahead of an African Cup of Nations qualifier last month.

Aubameyang and his team mates were stuck at the airport in the Gambia after arriving for a qualifying game. They were not allowed to leave as officials argued over COVID-19 testing.

The Arsenal striker posted pictures of players sleeping on the airport floor and wrote: “Nice job CAF, it’s as if we were back in the 1990s.”

He later added: “This will not demotivate us but people need to know and CAF need to take responsibility. (It is) 2020 and we want Africa to grow but this is not how we will get there.”

CAF’s disciplinary committee said the content was offensive and degrading. African football’s governing body also fined Gambia’s FA $100,000, half of which was suspended for 24 months.

“The Gambian federation did not comply to the loyalty, integrity and sportsmanship values and rules of fair play concerning the reception of the Gabonese delegation,” CAF said in a statement.

Gabon arrived shortly before midnight and were allowed to go their hotel about five hours later. They lost 2-1 to Gambia later in the day.

Edo State Governor, Godwin Obaseki, yesterday, declared that he will not allow g…

Oyo governor to declare Hijrah holiday from next year

#JudicialPanelSoFar UPDATE. The ffg ex-SARS officers has been sentenced to deat…

All the governors of the Southwest states (excl. Oyo) & governor of Edo State as…

The kind of Hen from Benin City… …

Only european committed atrocities. You act like google ain’t free .. no be inva…

A Nigerian pastor, Bishop Iyobosa Atoe and his wife, Rev. Mrs .B. Atoe, of Jesus…

Fuck the Edo State government, talmbout take the bikes to the village and use it…