India reported more than 23,000 new cases of coronavirus on Monday, overtaking Russia to become the country with the third highest number of coronavirus cases in the world.

The caseload is about eight times that of China which has a similar sized population.

Offiicals in the northern city of Agra say that because of the rise in cases, the Taj Mahal, which was scheduled to reopen on Monday, will remain closed. 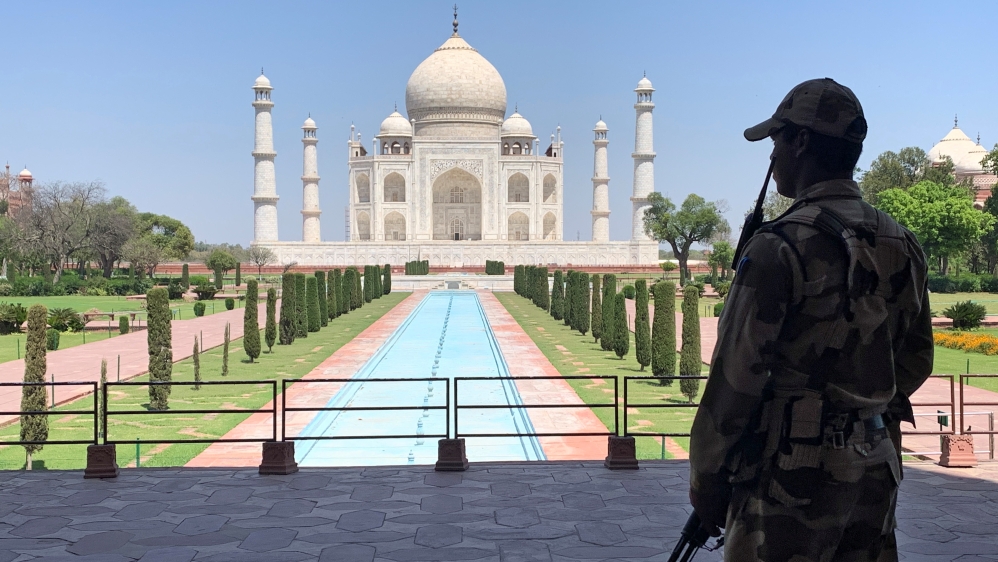 The planned reopening of the Taj Mahal in Agra has been postponed as coronavirus cases continue to grow in India [File: Sunil Kataria/Reuters]

The 41-year-old Canadian, who was nominated for a Tony for his role in Bullets over Broadway, had been in hospital for three months and had had his right leg amputated as a result of the disease.

His wife, Amanda Kloots, announced his death on Instagram. The couple had a one-year-old son together.

“God has another angel in heaven now,” she wrote. “I am in disbelief and hurting everywhere. I can’t imagine our lives without him.”

Nick Cordero passed at 11:40am today with his mother and wife by his side. I can honesty tell you I have never met a kinder human being. Don’t believe that Covid only claims the elderly and infirm.
I am so grateful for the time we had. “We’ll catch up some other time.” pic.twitter.com/Oq2a8QsIyH

RIP Nick Cordero! My condolences to you Amanda who fought and loved so hard….so sorry for his little one. My heart is with you. May flights of angels…..❤❤❤🙏🏿🙏🏿 https://t.co/nRE3AmS0A2

heartbroken doesn’t even cover it. sending so much love to amanda, elvis, and their families. he will be missed by so many. truly desisted 💔 https://t.co/7ptkxwLP9m

Mexico now has 30,639 deaths, the fifth highest in the world, overtaking France.

“The population of Spain and France is smaller than that of Mexico,” Lopez Obrador said in a video message posted to YouTube. “For every one who has died in our country, three have died in Spain. We cannot compare this.”

Mexico has a population of 127 million, compared with 67 million in France and 47 million in Spain.

The five countries with the highest death tolls:

After four months of closure, the Louvre in the heart of Paris is due to reopen at 9am local time (07:00 GMT).

All visitors are required to book a time slot and wear a mask inside the buildings, while efforts have been made to avoid overcrowding.

The Salle des Etats where the Mona Lisa is displayed and which is usually jam-packed, will have separate entry and exit points.

Translation: One day until we reopen. The Mona Lisa is ready to welcome you once again.

Saudi Arabia has announced new health protocols for this year’s Hajj, which will be open only to domestic pilgrims.

Touching the Kaaba will be banned and a social distancing space of one and a half metres enforced during mass prayers and while circling the Kaaba.

Access to Hajj sites at Mona, Muzadalifah and Arafat will also be limited to those with Hajj permits from July 19 until August 2, according to the state news agency. 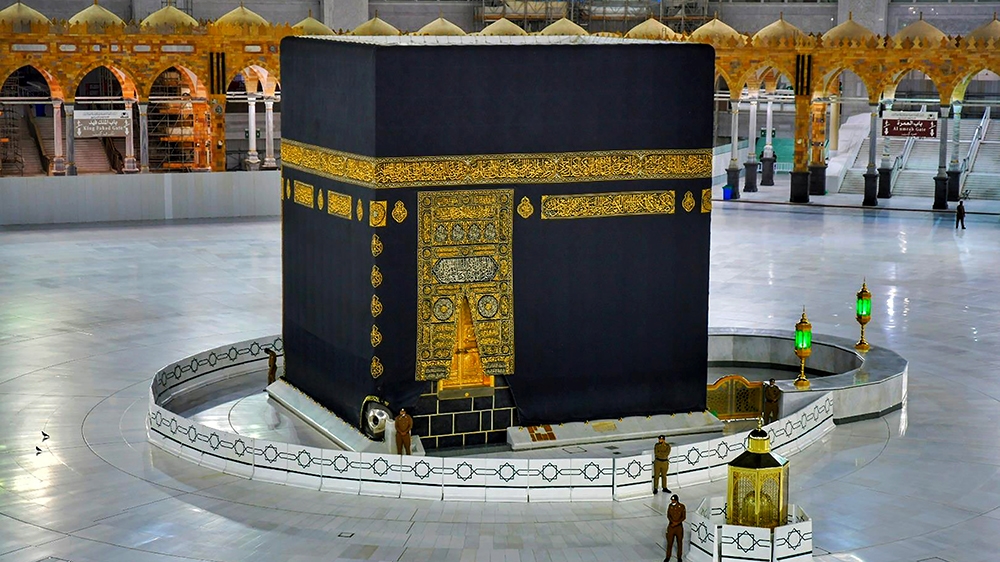 Strict social distancing will be enforced during this year’s Hajj when pilgrims circle the Kaaba at the Grand Mosque in Mecca [File: Saudi Press Agency/Handout via Reuters]

Bolivia’s health minister Eidy Roca has been diagnosed with the coronavirus, the third member of the country’s cabinet to be confirmed with the disease in four days.

Roca is in a stable condition and “strictly complying with the safety protocol that inlcudes isolation, medication and care,”  according to a statement from her office.

Victoria’s Premier Daniel Andrews has confirmed the state border with New South Wales (NSW) will be closed at midnight on Tuesday in Australia.

Victoria, which has sealed off a number of Melbourne suburbs and imposed a draconian lockdown on nine public housing blocks, said it had 127 new cases of the coronavirus. It now has 645 active cases.

Premier @DanielAndrewsMP confirms From 11.59pm tomorrow night the border with Vic and NSW will be closed. He says “all of us” agreed ( @GladysB @ScottMorrisonMP )
Says the border enforcement will be on NSW side. @10NewsFirstMelb #springst @10NewsFirstSyd pic.twitter.com/CP8hGSviAk

The Australian state of New South Wales is to close its border with neighbouring Victoria after a surge in locally-transmitted coronavirus cases in Melbourne.

The closure will take effect on Tuesday, according to the Australian Broadcasting Corporation.

BREAKING:
The ABC understands the Victoria/NSW border will be closed from tomorrow night.

23:00 GMT – Hospitals in some parts of US pushed to brink

Hospitals in some parts of the United States are in danger of being overwhelmed.

All beds are occupied in parts of Texas – one of the states worst hit by the resurgent virus.

“Our hospitals here in Harris County, Houston and 33 other cities … they’re into surge capacities,” Lina Hidalgo, the county’s chief executive, told ABC television in the US.  Her comments were echoed by Houston mayor Sylvester Turner, who said the system could be “overwhelmed” if the outbreak was not brought under control.

“If we don’t change our trajectory, then I am within two weeks of having our hospitals overrun. And in our ICUs, I could be 10 days away from that,” the mayor told CNN.

Read all the updates from yesterday here.

‘America is back’: Biden and Harris announce first cabinet picks – live | US news

How old is the oba of Benin? E still dey find pikin join the adults he already h…

#inec Should Senate confirm another term in office for Prof. Mahmud Yakubu?In my…

One day at the school of medicine, University of Benin, Benin City, Nigeria …

ANOTHER WONDER THIS HAPPEND TODAY FROM Pastor Anthony TO MOM & BROTHER

How old is the oba of Benin? E still dey find pikin join the adults he already h…

#inec Should Senate confirm another term in office for Prof. Mahmud Yakubu?In my…

One day at the school of medicine, University of Benin, Benin City, Nigeria …

“Person wey her neck hot, imagine how the interior go be” – Oba of Benin. …

Oba of Benin, Ewuare II, and his wife, Queen Owamagbe. …

Obaseki Felicitates With Oba of Benin on Birth of New Princess …

Obaseki Felicitates with Oba of Benin on Birth of New Princess …

HRM Oba of Benin, one of his wives, Queen Owamagbe welcome a baby …

One of Victor Osimhen’s agents, Roberto Calenda, has hinted the Nigerian striker…

Incase you need FIANCÉ to follow you home and show your parents this Xmas. I’m a…

Colonial government aren’t people govt. If it was, we won’t be celebrating ind…

A governor can only suspend not remove or install Onojie’s. Only Oba can remove…