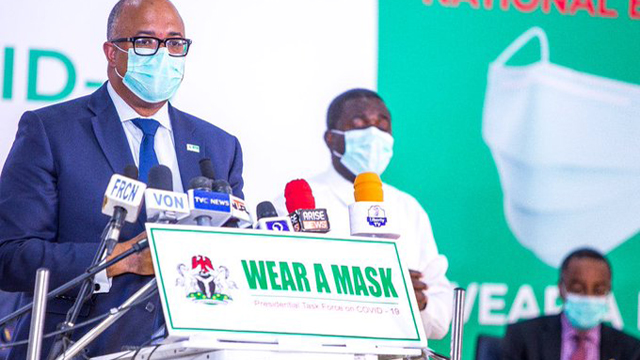 The Nigeria Centre for Disease Control (NCDC) has recorded 1,149 new cases of coronavirus (COVID-19), the highest number of infections in any single day since last February.

With the latest figure, the total number of infections in Nigeria now stands at 184,593.

The NCDC, which disclosed this on its official website handle on Thursday morning, said the 1,149 include the 393 reported from Lagos on Tuesday.

The News Agency of Nigeria (NAN) reports that the new infections was an increase from the 357 cases reported on Tuesday.

According to the NCDC, the surge is driven by the highly transmissible Delta variant and the low vaccination rate in the country.

It said that the number of known active cases in Nigeria stood at 14,619, an increase from the 13,756 cases reported on Tuesday.

The public health agency did not state the percentage of the Delta variant in the active cases in the country.

The NCDC stated that seven patients succumbed to the disease on Wednesday and this raised the country’s total fatalities to 2,236.

It said the 1,149 new cases were reported from 15 states and the Federal Capital Territory (FCT).

According to the NCDC, Lagos reported the highest number of infections with 680 cases, followed by Rivers with 157 and Akwa Ibom with 94.

The NCDC stated that Nigeria had now successfully treated 167,738 COVID-19 cases in the aftermath of the discharge of 279 patients on Wednesday.

It added that about 2,648,684 samples have been tested for COVID-19 in Nigeria, a country with a population in excess of 200 million people.

As the world struggles to combat variants of COVID-19, the NCDC said it would leave no stone unturned in its efforts to see an end to the pandemic in Nigeria.

The centre appealed to Nigerians to be cautious as they engage in their daily activities, noting that the virus is not a respecter of anyone.

NCDC urged Nigerians to take the vaccines, noting that it was still the safest way to curtail infection.