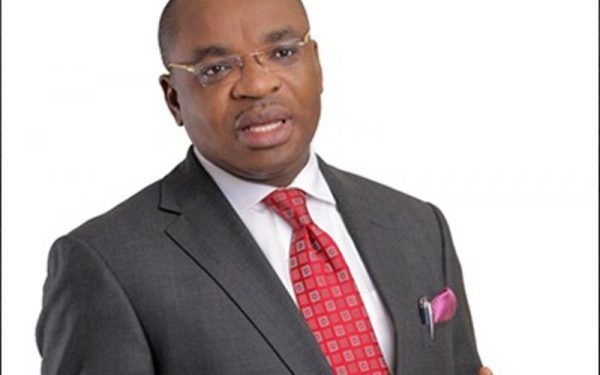 Governor Udom Emmanuel of Akwa Ibom has charged the National Institute of Security Studies to come up with ideas that will enhance national security and economic development.
Emmanuel gave the charge on Wednesday in Uyo, when participants of Syndicate 2 of the Executive Intelligence Management Course (EIMC) 14 and faculty members from NISS, Abuja, visited him.
The governor, represented by his Deputy, Moses Ekpo, said security issues were very important to the nation’s development, especially given the current security challenges.
He said that Akwa Ibom was doing everything possible to contribute ideas and actions toward ensuring adequate security of lives and property in the country.
He expressed delight that the state had been adjudged the most peaceful in the country, in spite of the security challenges.
“We want to sustain that position and we think that tours, visits and studies like this will further help us to sustain that position,” Emmanuel said.
He commended the security agencies in the state for partnering government to achieve the feat.
He thanked the institute for choosing Akwa Ibom for its assignment and assured that government would provide the needed information to enable it succeed.
Earlier, the team coordinator,  Nka Obisong, said the team comprised senior officers from the intelligence, military, security, parliamentary, law enforcement, regulatory and other Federal Government’s strategic agencies.
Obisong said the 2021 course has: “Governance, Security and Sustainable Development in Africa: Nexus, Challenges and Prospect” as its theme.
She said that as part of the requirements for the award of Fellow Security Institute, participants must embark on local, state, regional and world study tours.
She said that findings from the tour would be documented and made available to the state and federal governments to assist in achieving good governance.
The team leader, Emmanuel Esonmonu, said they were impressed with the infrastructure development in the state.
According to Esonmonu, findings from the tour will assist in the documentation of the challenges observed in the state.

Robbery suspects arrested after having accident with stolen vehicle –