HomeBLOGMysterious Monolith Appears In Romania After Similar One Vanished In The U.SGuardian Life — The Guardian Nigeria News – Nigeria and World News

Mysterious Monolith Appears In Romania After Similar One Vanished In The U.SGuardian Life — The Guardian Nigeria News – Nigeria and World News 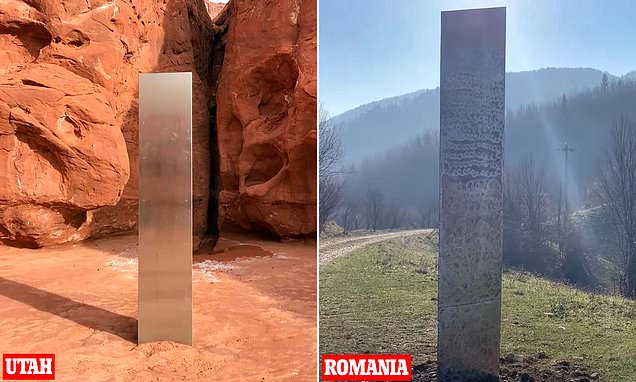 A mysterious metal monolith appeared in Romania after a similar structure which appeared in the remote Utah desert vanished.

The shiny triangular pillar was found on Batca Doamnei Hill in the city of Piatra Neamt in northern Romania last Thursday.

It was spotted a few metres away from the well-known archaeological landmark the Petrodava Dacian Fortress, a fort built by the ancient Dacian people between 82 BC and AD 106.

It bears a resemblance to the Utah monolith which was spotted in a remote cove two weeks ago, leading people to wonder if the monuments are linked. The Utah monolith sparked origin theories ranging from fine art to leftovers from TV or film, to even aliens, but unlike it, the Romania monolith had strange scrawlings on it. 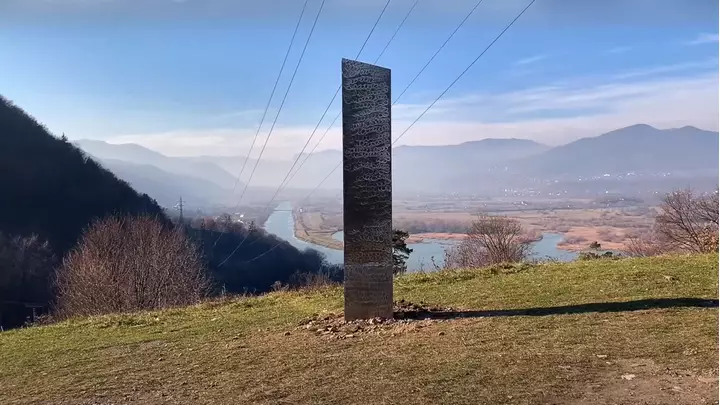 The Jurnal FM radio station went to investigate the Romania monolith after an email about it arrived on Thursday. “We were surprised to say the least when we found a… metallic structure which had spirals engraved on its sides”, the station said in a story posted on its website.

Local news outlet ziarpiatraneamt.ro also published a video taken by a man who went to the hilltop to see the object for himself. In a video posted to Facebook, the man says the object is “just some old scrap metal that somebody placed here”.

Others noted the object had obvious welding marks. Asked about the reactions to the structure, reporter Cirprian Solomon of Jurnal FM says the attention it has garnered “has a lot to do with Utah”.

Those still curious to view the mysterious object up close for themselves may have lost the chance, as the pillar already seems to have vanished.

“The monolith disappeared on November 30, just as mysteriously as it appeared”, Jurnal FM wrote in an update to their story.

What do you guys think about this guy? Check him out on his page . You Say Weti…

Congratulations Sir! Barrister Osarodion Ogie, has been sworn in today as Secr…

Saw this in Igarra, Edo State, Nigeria. One of the most beautiful sights ever. I…

Ikponmwosa, neither me nor you in the untarred parts of Benin city fall under Bi…

A native doctor reportedly invited by leaders of Arue-Uromi community, in Esan-N…

If you like forward my tweets to Oba of benin …