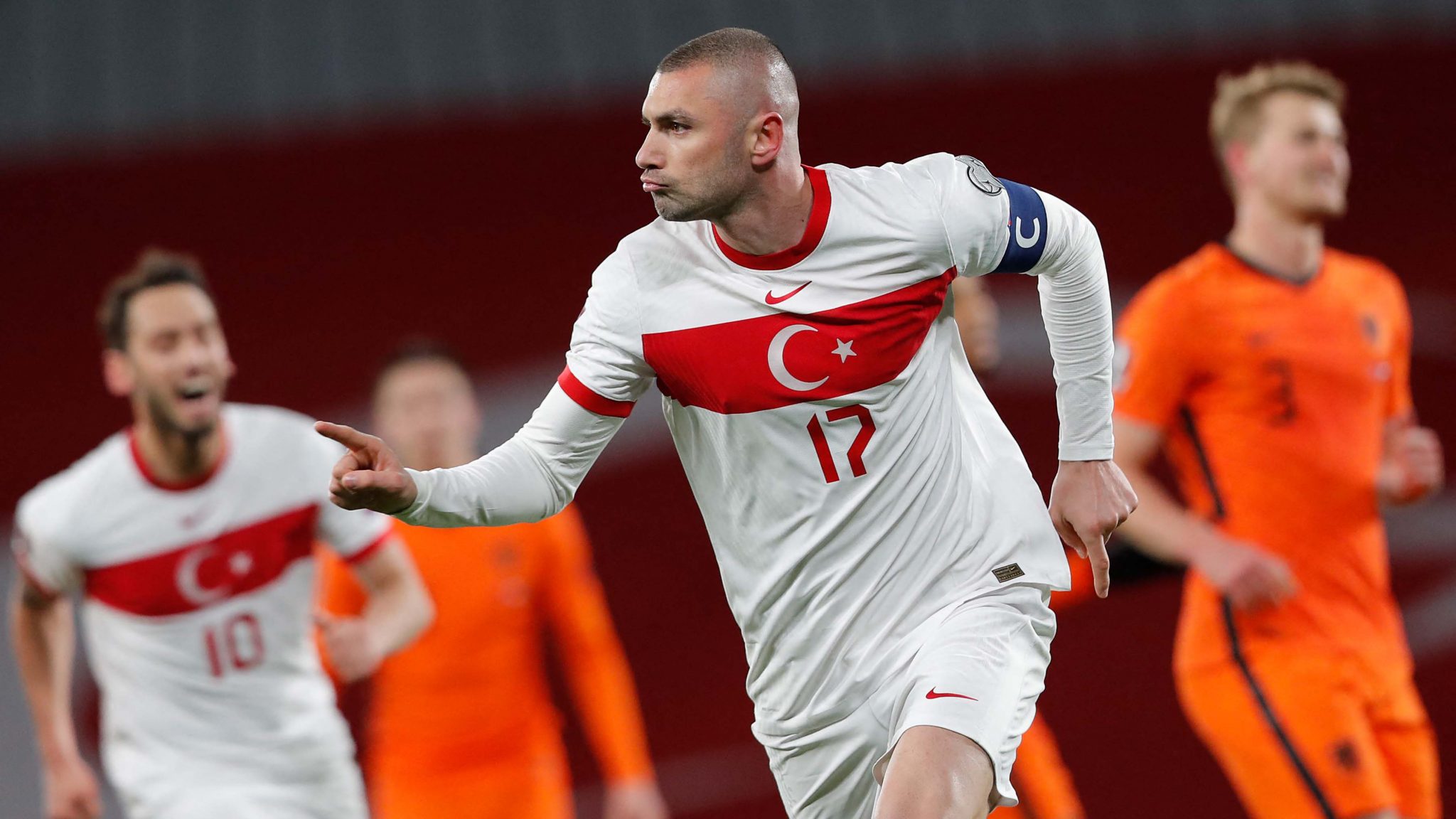 The Netherlands slumped to a dramatic 4-2 loss to Turkey in Istanbul in their opening 2022 World Cup qualifier as Burak Yilmaz scored a hat-trick on Wednesday.

Yilmaz’s wonderful free-kick sealed Turkey a crucial win, though, in a match between the two favourites to qualify from Group G.

The defeat is a dreadful start to the campaign for the Netherlands, who failed to qualify for either Euro 2016 or the 2018 World Cup, but are one of the favourites ahead of the delayed Euro 2020 finals this year.

“Soon after we were claiming for a penalty after a corner and lost concentration, they countered and scored,” Netherlands captain Georginio Wijnaldum told NOS TV.

“Our start to the second half was also obviously inexcusable.”

It was Turkey’s second straight win over the Netherlands, after a 3-0 victory in 2015 which helped them qualify for the Euros ahead of the Oranje.

The Dutch have lost four of their last nine World Cup qualifying matches, having been unbeaten in their previous 34 such games.

The visitors started brightly but fell behind in the 15th minute.

It was 35-year-old Lille striker Yilmaz’s 25th international goal, making him the second Turk to reach that mark after record goalscorer Hakan Sukur.

The home side were gifted a chance to double their lead in the 34th minute, as winger Donyell Malen clumsily brought down Okay Yokuslu.

Yilmaz hammered the spot-kick past the static Krul.

Thoughts of a comeback appeared to be snuffed out within 60 seconds of the restart, as Calhanoglu collected Umut Meras’s pass and drilled a low strike into the bottom corner from 20 yards out.

The Dutch struggled to create clear-cut chances, with Steven Berghuis’s low shot wide the closest they came for the first 30 minutes of the second half.

But De Boer threw on Klaassen and de Jong and the game changed in the space of a minute.

With 15 minutes remaining, Memphis Depay whipped in a cross from the left and Klaassen’s clever touch took him away from Caglar Soyuncu before the Ajax midfielder prodded the ball past advancing goalkeeper Ugurcan Cakir.

The deficit was quickly cut to a single goal, as de Jong bundled the ball past Cakir who had failed to collect another cross.

But the night belonged to Turkey and Yilmaz, with the veteran completing his hat-trick with a sweetly-struck free-kick into the top corner nine minutes from time.

The Netherlands kept pushing and after two saves in quick succession from Cakir, were awarded a penalty deep into injury-time for a foul by Liverpool centre-back Ozan Kabak.

But Cakir had the final say, diving to his right to keep out Depay’s spot-kick.

Benin city. Yes if you can come here …

So i downloaded Binance and did the registration and verification. Only for me t…

I’m from Edo state Where are you from? Rt. …

All the taxes when we dey pay for Edo State, where am? …

[VIDEO] Buhari interviewed upon his arrival. What a terrible looking strangely d…