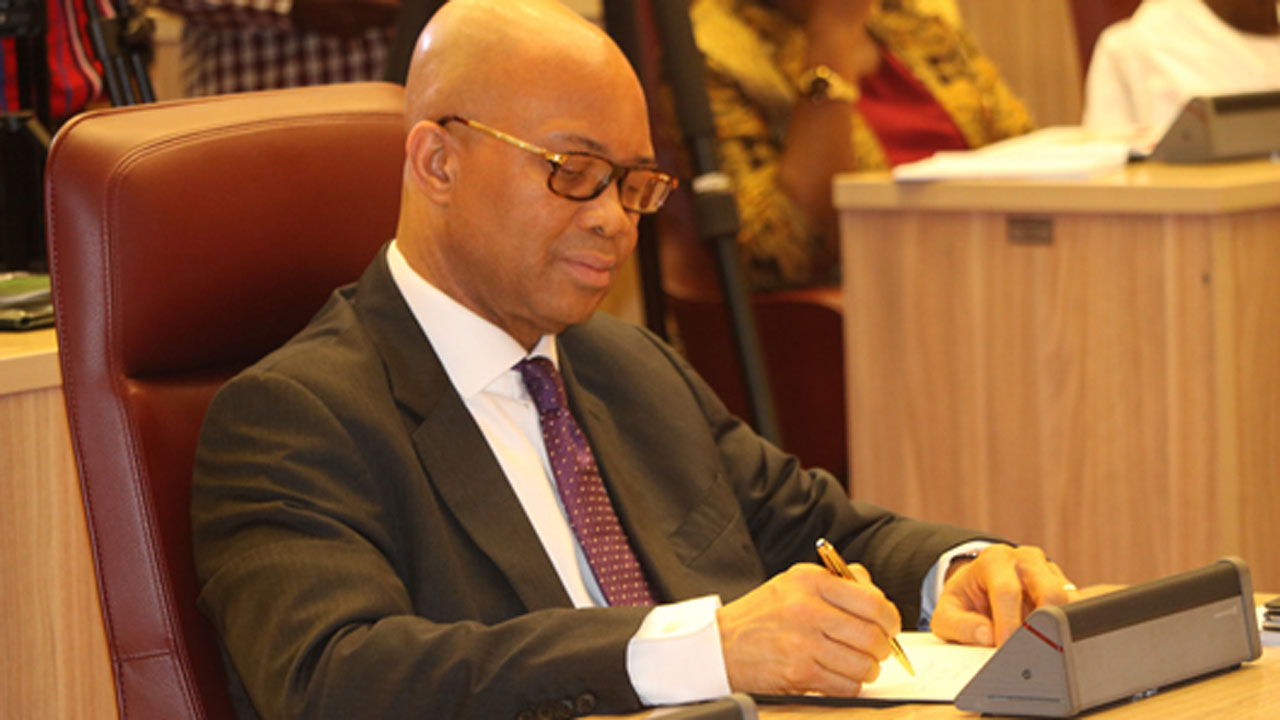 The Director-General of the Budget Office of the Federation, Ben Akabueze, yesterday, hinted that the Federal Government would “at some point” approach the Supreme Court for a judicial interpretation of appropriation as it relates to budgeting.

Akabueze disclosed this at the third edition of the National Leadership Dialogue Series held virtually. The event brought together government officials and members of the civil society organisation to share perspectives on ‘Rethinking economy: From process to funding, budgeting for whom?’

The DG said the executive arm of government was erroneously bashed over what people perceived as poor budgeting whereas the National Assembly played an active role in the process.

He accused the lawmakers of interpreting the ambiguous clauses in the Constitution and stretching it as far as it favours them.

Akabueze admitted that Nigeria’s federal budget, at 4.6 per cent of the gross domestic product (GDP), was “too low in terms of number and the socio-economic challenges”. He confessed the government was helpless as the revenue to GDP was among the lowest in Africa.

According to him, the country’s revenue to GDP is currently about eight per cent, just a percentage ahead of that of Sudan, which sits on the bottom of the regional ranking.

Compared with South Africa’s 29 per cent, Algeria’s 33 per cent and the 22 per cent regional average, Akabueze lamented that doubling Nigeria’s performance – the near-term plan of the government – would not still make the country at par with other top economies in the continent.

He blamed the country’s poor revenue on the poor “structure of the economy”. For instance, he said, the country’s agriculture, which is a key driver of the GDP, was not a major revenue earner owing to the subsistence nature of the sector. He pegged the entire government (state and local government inclusive)’s revenue to GDP at eight per cent, which is extremely low, and that this must necessarily be improved to reduce the country’s reliance on debts and increase public spending.

The DG said no law stipulates the percentage of the Federal budget that should go into capital projects and that much of the recurrent spending was a matter of necessity.

“As of 2016, there was no policy on what should be budgeted for capital projects. But in 2017, we came up with a policy that says 30 per cent of the budget must go into capital spending. Till date, we still do not have any law as in the case of Ethiopia where a law mandates the government to spend at least 60 per cent of its budget on the capital budget. If the government has to cut salaries to meet the threshold, it must do so,” he stressed.

He argued that the Federal Government’s budget was wrongly compared with that of South Africa, Egypt and other African countries as the country “does not operate a national budget” as its peers. He urged Nigerians to look beyond numbers in reviewing the budget and see it as a moral instrument.

Akabueze also argued that the sort of budget consultation Nigeria demanded was not practicable in the case of the federal budget and insisted that the Medium Term Expenditure/Fiscal Stability paper (MTEF/FSP) rolling plan is often open for public hearing and inputs.

But the Lead Director, the Centre for Social Justice, Dr. Eze Onyekpere, faulted Akabueze’s claim, saying: “The government has never consulted the people on budgeting. You don’t bring people to a forum, give them slides to watch without taking inputs from them and claim there was a consultation.”

Sen. Ibrahim Ida of Katsina State charged the government to creatively use taxation to rev up its revenue. He, however, suggested that higher taxation does not necessarily translate to more revenue as it could weaken the economy and reduce taxable incomes.

MEANWHILE, the Presidency has said the executive and legislative arms of government are not supposed to have differences but to work together for the common good of Nigerians and the country.

According to the Senior Special Assistant to the President on National Assembly Matters (House of Reps), Umar el-Yakub, members of the two arms were not elected to fight one another.

El-Yakub stated this in Abuja, yesterday, at a media briefing to review the relationship between the Ninth National Assembly and the Muhammadu Buhari presidency in the last two years.

The presidential aide was asked if the so-called cordial relation had yielded any positive result for the country. Responding, he said: “I believe it is indeed yielding the right results and, of course, it could even yield better results; having this continuous, constructive and effective engagements. The benefits of a good relationship is clearly seen, one of which is the budget cycle.

“When you do a budget and you implement it, especially looking at the capital component of the budget, you will find out that the numerous infrastructural projects around the country are some of which have been realised because they have been put to use, like the rail and road infrastructure and hospitals.

“Others are ongoing and will be completed before the end of the year, some, next year, and certainly, before the life of this administration (ends). They are certainly going to change things for the better because jobs would be created.

Responding to a question on being better to have a stricter executive-legislature relationship for better governance of the country, el-Yakub argued that Nigerians would benefit more from a cordial relationship.

He said: “I certainly would not canvass for a rough relationship because a rough relationship does not deliver results. But the executive and the legislature are supposed to be responsible leaders. They were elected by the Nigerian people to come and collaborate and work for them.

“Let me also quickly say that there are also areas of differences and disagreements. For instance, the Supplementary Act that the President just assented to, was not what the executive brought that was finally approved by the National Assembly; there were changes. But the President went ahead and assented because he recognised they have the right to make those changes. So, what is important is, we disagree to agree on a common platform for the common good of the Nigerian people who elected the government into power.”

Despite pandemic, Africa’s billionaires 15% richer in 2021

: @MBuhari is practicing Federal Sharia Government, if you agree, please lend us…

: @MBuhari is practicing Federal Sharia Government, if you agree, please lend us…

Changing the music game in less than a year is an effort we need to appreciate. …

Oba of Benin unveils his lovely set of quadruplets – …

Oba of Benin names his quadruplets amid fun fare – …

Oba of Benin announces names of his quadruplets …

PHOTO: How Oba of Benin named his quadruplets READ at …

Congratulations to our Oba of Benin and the people of Benin city. Oba gha tor kp…