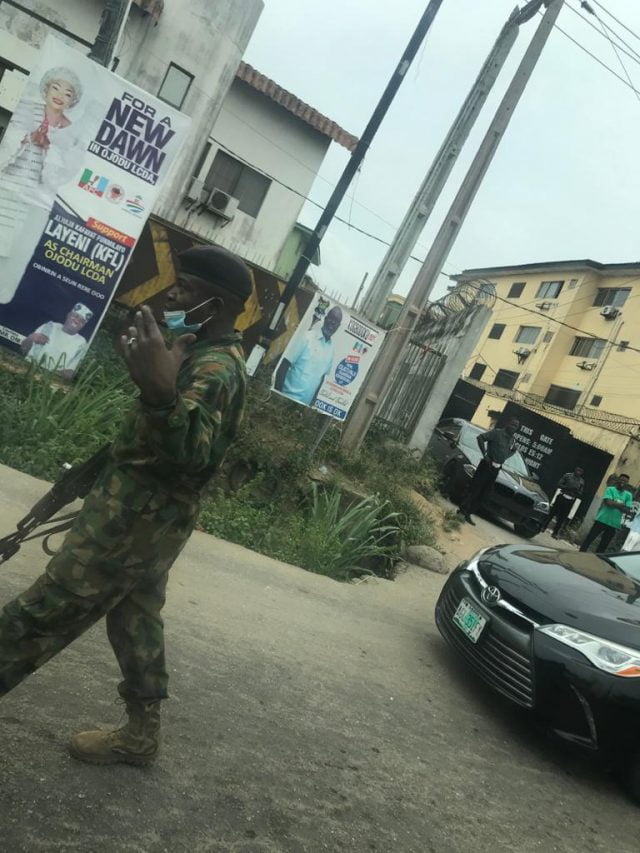 A Soldier guarding a Chinese national driven in a Toyota Sienna between Adeniyi Jones and Aromire Junction in Ikeja area of Lagos State went berserk, using the bayonet on his rifle to slash the tyres of motorists.

The incident occurred at about 4:30pm on Saturday.

This was a result of the attempt by the driver of the Chinese national to beat the traffic lights at the usually busy Adeniyi Jones/Aromire Junction.

The car that bore the major brunt of the Soldier’s action was a Lexus jeep, which had all four tyres punctured.

Onlookers were in shock as the Soldier stopped those who were given the nod by the traffic light to move.

While the Soldier destroyed the tyres of the vehicles, the Chinese watched from the comfort of his car.

Femi Adepoju, one of the motorists at the scene, said he was shocked by the manner the Soldier destroyed the vehicles of ordinary Nigerians who were going about their normal business and not breaking any law just to enable a Chinese worker in a beat-up car break the traffic lights.

Motorists who wanted to challenge the Soldier were stopped when he pointed his rifle at them and the brazen manner he slashed tyre after tyre. 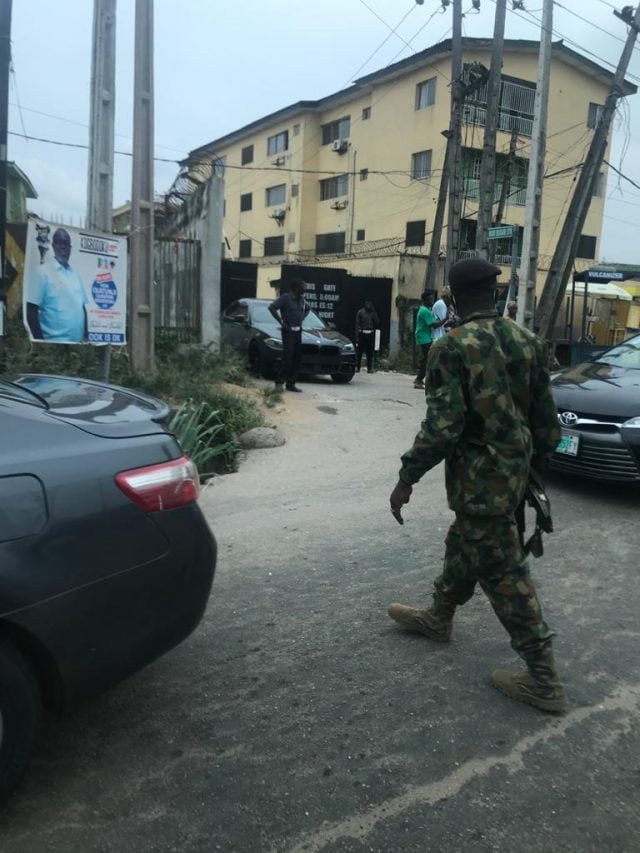 Adepoju’s wife, Funke, said she hopes authorities would do something about what she described as “madness” in Lagos.

Funke said: “How can our own Soldier do this to us when we were breaking no laws just to enable a Chinese man in a hurry to break the law in our own country?

“Can this happen in China?”