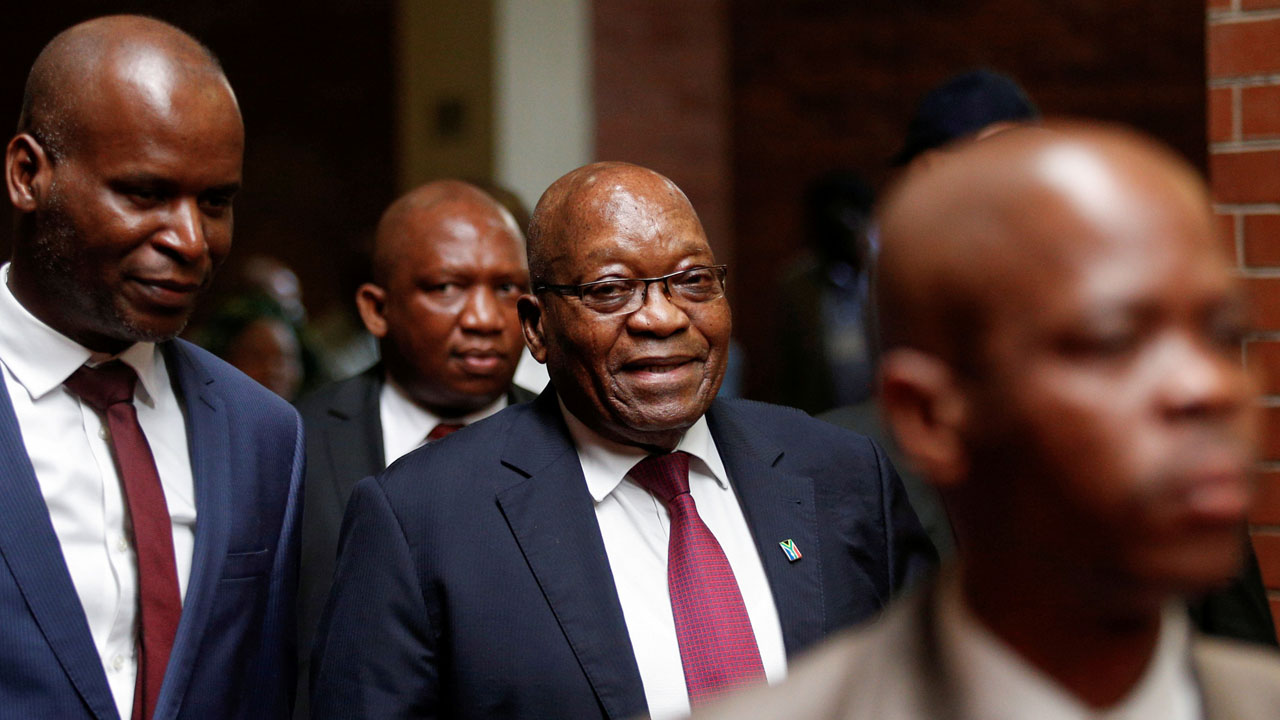 A South African anti-graft panel has filed an urgent Constitutional Court application seeking to compel former president Jacob Zuma to give testimony next month over allegations of state corruption during his nine-year rule.

The state capture commission, chaired by Deputy Chief Justice Raymond Zondo, filed papers on Thursday asking the court to order Zuma to comply with a new summons to appear and give evidence before it.

This comes after the embattled former president staged a walkout at his last appearance when Zondo dismissed Zuma’s request that he recuse himself as chair.

The application to the court follows a fresh summons being served on Zuma last week, calling him to testify from January 18 to 22 and again from February 15 to 19.

Zuma and his legal team have for months half-heartedly complied with the panel, resulting in two summons being issued against him.

In his last appearance, Zuma’s lawyer Muzi Sikhakhane threatened that his client would remain “silent” should he be further pushed to take the stand.

To ensure Zuma upholds his constitutional responsibility as a former head of state, the commission asked that the court order him to report at 10 am every day during his expected 10 days of testimony and “give evidence and answer any questions”.

Zuma, who became president in 2009, was forced to resign in February 2018 over graft scandals centred around an Indian business family, the Guptas, who won lucrative contracts with state companies and were allegedly even able to choose cabinet ministers.

He was succeeded by Cyril Ramaphosa, who has vowed to confront the “scourge” of corruption.

The commission was set up in 2018 to hear testimony from ministers, ex-ministers, government officials and business executives on alleged corruption under Zuma’s tenure.

So far at least 30 witnesses have directly and indirectly implicated Zuma.

God y all dis happening.. what a life .. mother and son coming back from wedding…

Oba of Benin. Oni of Ife. Alafin of Oyo. Seriki of Hausa. How is a king address…

I keep getting this message whenever I try to order for 2 baba freepod 2. Saying…

Eki – Latest Edo/Benin Movie from the house of Fresh Gate

God y all dis happening.. what a life .. mother and son coming back from wedding…

Oba of Benin. Oni of Ife. Alafin of Oyo. Seriki of Hausa. How is a king address…

I keep getting this message whenever I try to order for 2 baba freepod 2. Saying…

Once again … Na Esan, no be Ishan @ Ewohimi,Esan,Edo State …