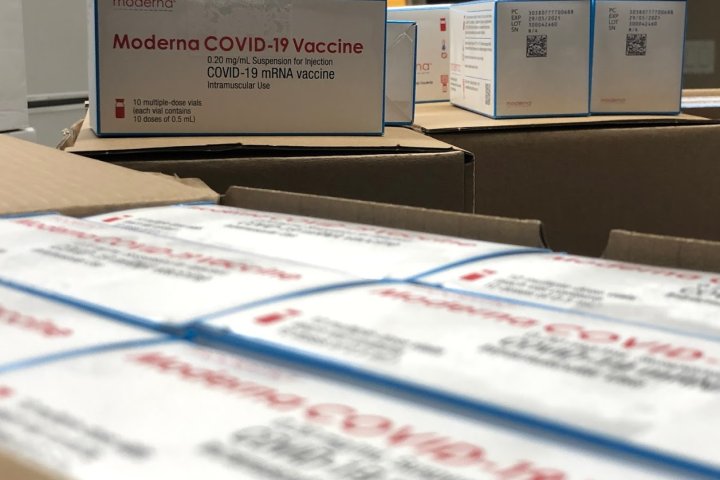 A Wisconsin pharmacist has agreed to plead guilty to purposely trying to spoil hundreds of doses of Moderna’s COVID-19 vaccine in a bid to render them ineffective, the U.S. Justice Department said Tuesday.

Steven Brandenburg, 46, is charged with two counts of attempting to tamper with consumer products and with reckless disregard for the risk that another person will be placed in danger of death or bodily injury, according to the statement by the Justice Department.

It said he believed in various “conspiracy theories” and was skeptical of vaccines in general and specifically the vaccine by Moderna.

The U.S. Food and Drug Administration has deemed Moderna’s vaccine safe and effective.

Brandenburg has signed a plea agreement to plead guilty to the charges, which each carry a maximum sentence of ten years’ imprisonment, the statement added.

In late December, he intentionally removed a box of Moderna’s COVID-19 vaccine on two successive night shifts from a refrigerator in Aurora Medical Center in Grafton, Wisconsin, so that he could ruin its effectiveness, according to the statement.

He left them out for several hours before placing them back in the refrigerator to be used by the clinic the next day, the statement said, adding that 57 people had already received doses of the vaccine from those vials before his conduct was discovered.

Moderna’s vaccine has to be stored and shipped frozen but does not require ultra-cold temperatures and can be stored for 30 days in standard-temperature refrigerators.

(Reporting by Bhargav Acharya in Bengaluru; Editing by Raju Gopalakrishnan)

COVID-19: Man who threatened to blow up NHS hospital unless he was paid £10m convicted of extortion | World News

The American Dream Is Alive on Mars